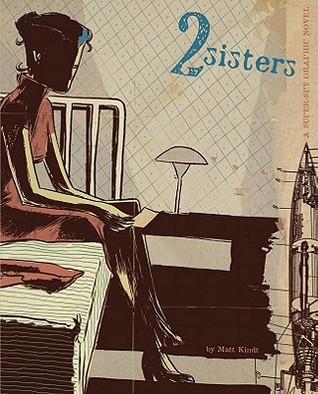 2 Sisters: A Supserspy Graphic Novel by Matt Kindt is both interesting and weird. It's quite large for a graphic novel, both width-wise and height-wise, so there are lots of pictures. There are very few words. Most of the story is told through pictures.

The story of the 2 sisters is engaging and emotional. It is told through present day images during World War II and through flashbacks to when the 2 sisters were teens in the countryside. During the war, one sister becomes a spy for the British, hence the subtitle.

There is another story woven in with the story of the sisters and the spy. It takes place on a variety of pirate ships as one young woman dresses as a male pirate to escape from one ship to another as they engage in battle. I have no idea what this story line has to do with the others. None at all. There is ample evidence that this girl is not the other sister, and as far as I can tell, she has nothing to do with the sisters nor is her story set during WWII.

I had my husband read this to see if he caught something I missed that linked the story lines, but he didn't know either. The art was good, the story of the spy and her sister was good. I gasped aloud a few times at her story, but during the pirate scenes my face looked like this: 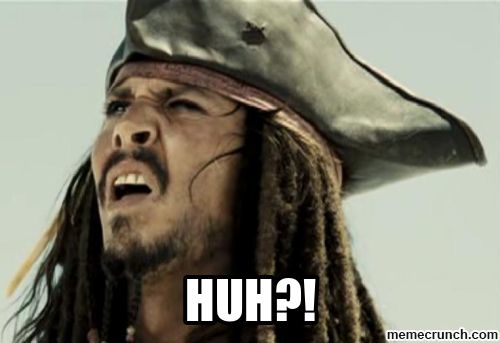