I just realized I never told you something about my trip to Colorado that I meant to tell you! And it's book related so I wanted to say it here!

Golden, Colorado is rife with Little Free Libraries!!! Do you know what that is? It's like a little birdhouse filled with books! People put them in their yards near sidewalks or roads and people can take a book or leave a book. This was the first time I'd ever seen one in the wild!

Now, there is a little bit of controversy about these Little Free Libraries. They seem like a really great idea, but some people point out that these little free libraries are frequently placed in neighborhoods that are well-served by excellent public libraries. So while they are very cool, they are not actually doing a whole bunch of good unless they are placed in areas that are considered book deserts. And I did notice in Golden, that the ones I saw were in relatively well-to-do neighborhoods.

Nevertheless, I was extremely excited to see one in its natural habitat! 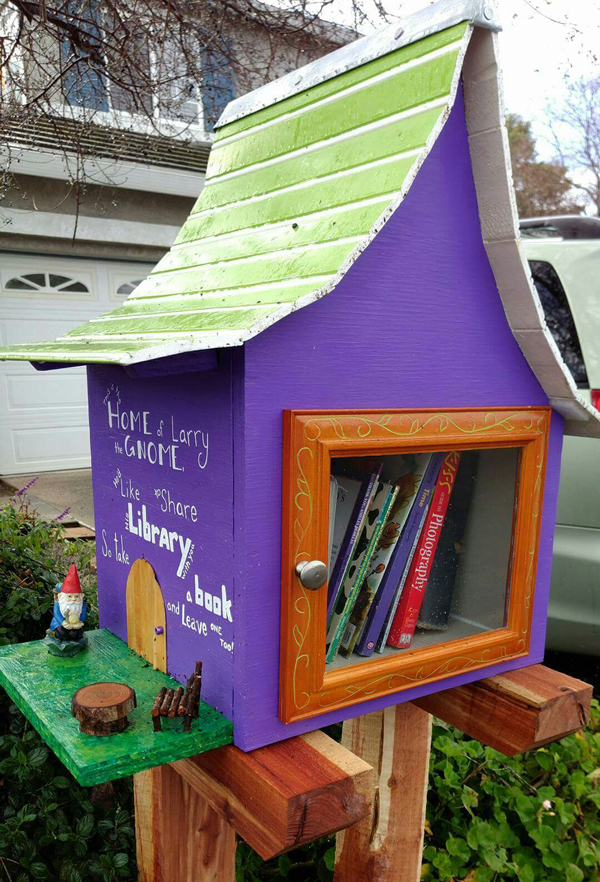