I fear that I may have added a lot of books to my TBR this month.

The Cheerleaders by Kara Thomas - This is a YA mystery. 5 years after the entire cheerleading team was wiped out by murder and accident, the younger sister of one of the dead cheerleaders decides to find out what realy happened.

Craven Manor by Darcy Coates - I mostly put this on my TBR because of the cover. 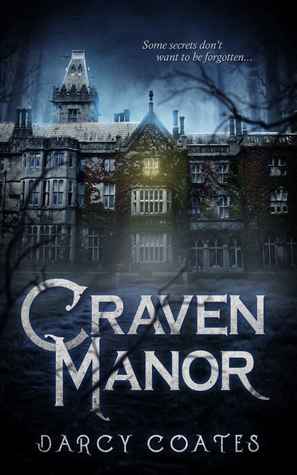 Dracul by Dacre Stoker - If you have to ask why this is on my TBR, you haven't been paying attention.

Imagining Character: Six Conversations About Women Writers: Jane Austen, Charlotte Bronte, George Eliot, Willa Cather, Iris Murdoch, and Toni Morrison by A.S. Byatt - This book had me at Jane Austen, but it's also by A.S. Byatt which is also a draw.

Q's Legacy: A Delightful Account of a Lifelong Love Affair with Books by Helene Hanff - Ok. So what we have here is a book about books and reading by Helene Hanff. What's not to love.

Lit Up: One Reporter. Three Schools. Twenty-Four Books That Can Change Lives by David Denby - What is it with the big name authors right now!

South Toward Home: Travels in Southern Literature by Margeret Eby - I have a weird fascination with Southern Lit.

The Books That Changed My Life: Reflections by 100 Authors, Actors, Musicians, and Other Remarkable People by Bethanne Patrick - A book about books and reading. So, of course.

The Witch of Willow Hall by Hester Fox - I honestly can't remember why I added this one.

Once Upon a River by Diane Setterfield - I loved her first one. Not so much the second. We'll see.

A Paris Apartment by Michelle Gable - A Sotheby's agent goes into an apartment in Paris and finds that it hasn't been touched in decades and takes it upon herself to learn about the long-time resident.

Wreckage by Emily Bleeker - After a plane crash on a desert island that left the survivors there for 2 years, the survivor's aren't telling what really happened.

Universal Harvester by John Darnielle - I have heard good things about this for long enough that I finally added it to the list.

A Lucky Man by Jamel Brinckley - Another book of short stories.

The Girl in the Tower by Katherine Arden - This is the sequel to The Bear and the Nightingale. I loved that one.

Snow in May: Stories by Kseniya Melnik - More short stories.

My Sister the Serial Killer by Oyinkan Braithwaite - This is about a girl whose sistser's boyfriends tend to end up dead.

Unmarriageable by Soniah Kamal - This is a retelling of Pride and Prejudice in the Indian-American community.

The Diary of a Bookseller by Shaun Bythell - It's a bookshop book!

On Reading Well: Finding the Good Life Through Great Books by Karen Swallow Prior - Book about books. Thankyouverymuch.

A Portrait of Jane Austen by David Cecil - I thought I might check this out. I don't know if it has any new info.

The Chimes by Anna Smaill - I got this for my sister last year and just realized that I didn't have it on my list.