Yesterday I suddenly remembered that I had planned to save myself the trouble of doing a massive wrap-up at the end of the month by doing one halfway through the month. So here we are.

Here's what I've read so far this month: 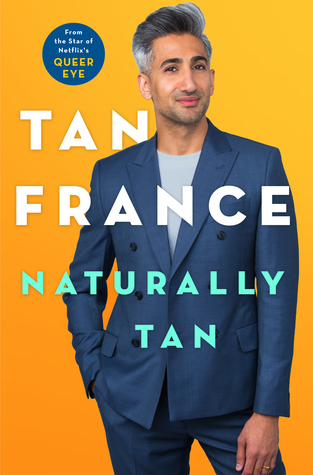 Naturally Tan by Tan France - This is a fun little memoir about the guy who is the fashion expert on Queer Eye, which is a TV show on Netflix. Tan is a Pakistani guy born in England. He talks about what it was like to be one of only a few brown kids in his town, and what it was like to be gay in a Middle Eastern family. He talks about how he started a clothing line of modest clothing for Mormon women. His husband is Mormon and they live in Salt Lake City. I really enjoyed this book. His voice comes through loud and clear, even if he is a littl backward in some of his thinking.

Every Moment After by Joseph Moldover - I wasn't real stoked to read this book because it's about a school shooting. But really it's not. It starts with the high school graduation of the class of students who were the victims of a school shotting when they were in 5th grade. It is told through the perspectives of two of the boys. One of them was briefly famous as the "boy in the picture". He was carried out of the aftermath by a police officer and some journalist snapped a photo that made him the poster child for the shooting. The other boy was home sick the day of the shooting because of his diabetes. He still carries enormous guilt. The boy with diabetes is an excellent character. The disability rep is fantastic. The way these boys deal with what happened to them (or didn't) and how they have changed since the event makes for a great story.

The Devouring Gray by Christine Lynn Herman - Going into this, I was a little nervous. It is supposed to be super creepy. And it was. But it wasn't scary like I was afraid of. Four Paths is a weird little town. The descendants of the four founding families are treated like royalty. There is even a yearly crowning ceremony. Violet Saunders is moving back to Four Paths after the death of her older sister. Her mother left as a teenager and never came back. Now she's back to take care of her sister with Alzheimer's. Violet soon finds out she is a member of a Founding Family and all the other kids of these families expect her to do something. They don't really know what, but something. They each have different powers, and Violet might be the most powerful of all. 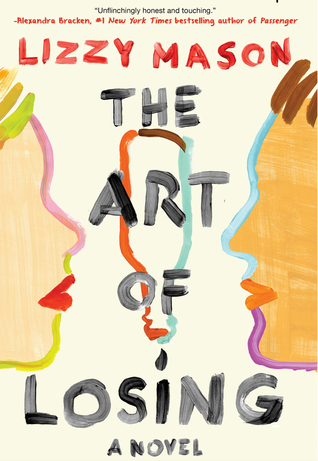 The Art of Losing by Lizzy Mason - Here's another one I wasn't looking forward to, that ended up being better than I expected. It's about a teen driving drunk who wrecked. Only it's not. It's about a girl who caught her boyfriend making out with her sister at a party. She left the party. The boyfriend was driving the sister home and wrecked the car. The sister was in a coma for a couple of weeks. The girl who was betrayed feels immense guilt because she should have driven her sister home, and the now-ex-boyfriend is still drinking. 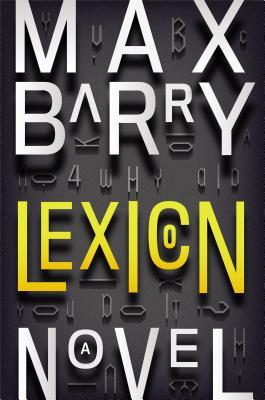 Lexicon by Max Barry - This is a weird, sci-fi, thriller. I think. There is a corporation that has figured out how to control people using only words. Every person belongs in one of 122 segments and each segment has some control words. Then they found a "bareword" which will control everyone. Someone used the bareword in a tiny town in Australia and destroyed everyone in town. Except for the one guy in the whole world who is immune.

Hey, Kiddo! by Jarrett J. Krosoczka - I had to read this for a presentation I will give in October to a bunch of school librarians. It took me about an hour and a half to read this massive graphic novel. It is the story of the author's life growing up with his grandparents. His mother was never around because she was a drug addict and spent some time in jail. He didn't meet his father until late high school. He was very focused on being an artist. He did all the art for this book, as well.