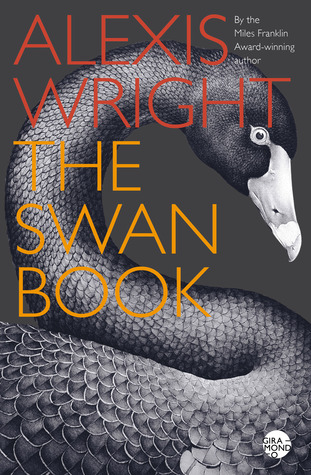 The Swan Book by Alexis Wright - This is the last book I need to read to complete the Read Harder Challenge from Book Riot. I'm about 20% of the way through the book so far, and honestly, I'm not loving it. It's told in this bizarre folk tale way. I can barely make out what is actual story and what is folk tale belief from this group of people that live on this pond. It's about the government throwing aboriginal people out of the towns and they become refugees in this pond community. It will be some kind of Christmas miracle if I get this book finished by the end of the year. Or ever, really. 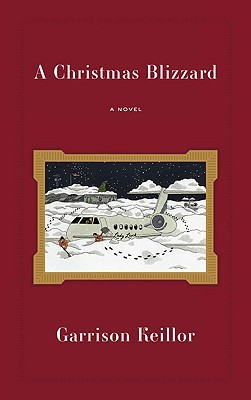 A Christmas Blizzard by Garrison Keillor - This is the book club book for this Friday. I haven't even started it. Oops!

Patron Saints of Nothing by Randy Ribay - I have this one checked out to read for my reading group. Again. I checked it out before and returned it unread. I still don't particularly feel like reading it, but I might feel up to it eventually. Sigh. I don't even know what I have against it. Everyone who's read it says it's fantastic. They say it has a really great male protagonist and is about male friendshps which is something you don't see too much of these days. 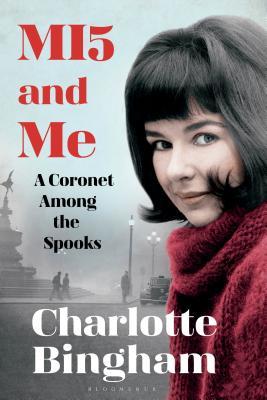 MI5 and Me: A Coronet Among the Spooks by Charlotte Bingham - I've managed to turn this into a "mashed potatoes" book. I'm saving it. I'm saving it for the quiet time between Christmas and Epiphany. I don't know why that time is quieter. Usually, the kids go back to school around that time, but my kids aren't doing that this year. On the other hand, my job revolves around kids going back to school and I will have more to do once school opens up again. Maybe that's the ticket. I don't know. Anyway, it's my plan for this to be the first book of the New Year.

And now for the books I have on hold and am waiting (somewhat) patiently for:

Tilly and the Book Wanderers by Anna James - There is much ado surrounding my acquiring of this book. First off, the library has it titled wrong in the catalog, so it was a struggle to even find a copy of it. Secondly, the book was placed in transit to me on November 14. I still haven't received it. Yesterday I ordered a second copy. That isn't on it's way yet. This is a middle grade book about a girl who can go into books. I sure hope it's good after all I've gone through to get it.

Frankly In Love by David Yoon - This is about young Frank Lee who is in love with a nice girl, only she's white. His parents want him to date a nice Korean girl. He has a friend who is in a similar situation, so they decide to fake date for their parents. What could go wrong? I love a good fake dating scenario.

The Lady Rogue by Jenn Bennett - Here is another book for my reading group. People are saying this is fabulous, so I've got it on hold. The short version is a girl has to hunt down Vlad the Impaler's cursed ring to save her father. I don't really want to know more than that, so I don't have any preconceived assumptions.

Thirteen Doorways, Wolved Behind Them All by Laura Ruby - This is a historical fiction ghost story, from what I can gather. Frankie's mother died and her dad put her and her siblings in an orphanage. Only he didn't come back for them like he promised. Then WWII happens. Frankie and her sister are left to put the pieces back together. And there's a ghost. I don't know who the ghost is, or what part she plays, but there is a ghost. It's another reading group book.

Winterwood by Shea Earnshaw - Nora may or may not be a witch, but she loves the woods. Therefore, she is of course the one who finds Oliver in the woods. He wandered away from a Camp for Wayward Boys weeks ago and shouldn't even be alive right now. He doesn't remember anything. Plus he has secrets. That's all I know. This one is also for my reading group.

That's it! Did you notice anything missing from this list?? Like, maybe, Twisted Twenty-six that I have been waiting for since September? That book finally came in and I read it Saturday night while I was doing laundry. Woot!

What library books do you have going?